Brief: Our commitment to improve our central teaching spaces continues with a £2m refurbishment project.

19 lecture theatres and seminar rooms within the Roger Stevens, Chemistry and Michael Sadler buildings underwent refurbishment to create modernised and inspiring places for our students to be taught in.

The project was led by the Facilities Services Team and was completed in time for the start of term in September 2017. This refurbishment is part of a further £2 million pound investment in Central Teaching Space. The new facilities include dual-image data-projection, control systems, height-adjustable lecterns and digital whiteboards as well as a general refurbishment of the décor, lighting, floor coverings and furniture.

For further information on the refurbishment of the central teaching spaces please contact:

All News for Central Teaching Spaces Browse through our other Campus Masterplan projects 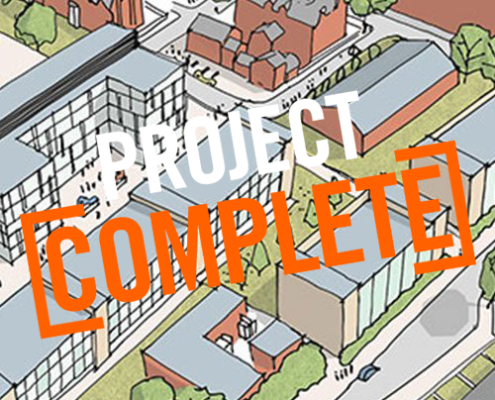 Refurbishment of the School of Design